Ok,.... I just had a giant mug of coffee and a shot of ormus so i'm gonna be all over the place for a few minutes, but this is something i've been pondering for a long time.... I'm going to try and put it into a cohesive form here for the first time. There is a LOT i'm leaving out here... a LOT, just hitting the highlights to communicate the gist of the theory i'm pondering.

They really ARE after me lucky charms?!! 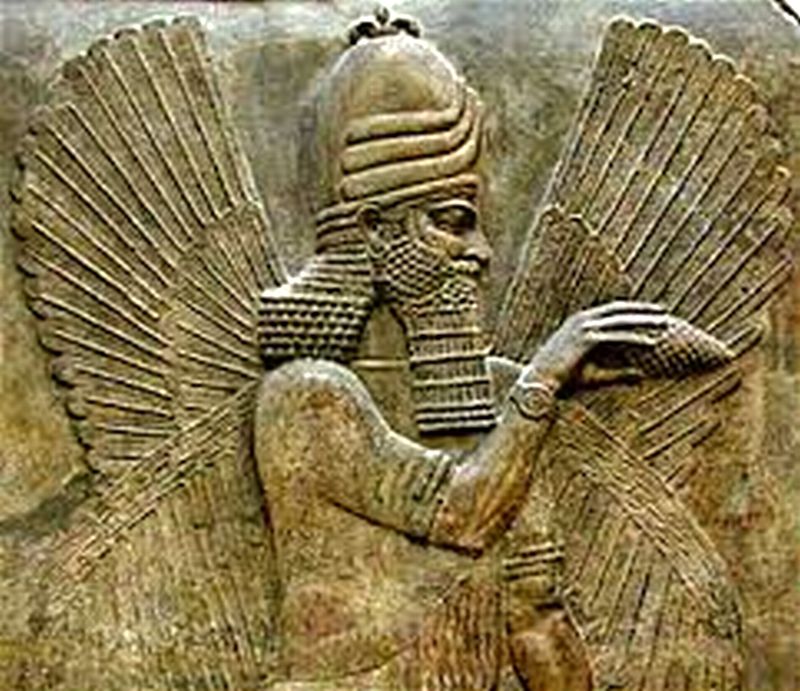 I have been very interested in the work of Zecharia Sitchen for years. For those of you who don't know he was an archaeologist who focused primarily on the Sumerian culture. The primary thrust of his work proposed an ancient astronaut theory based on an ancient alien culture called the Anunnaki who he believed was a war-like highly advanced alien race who lived on a planet named Nibiru. The planet is supposedly on an extreme elliptical orbit that takes it way out of our normal range and then brings it back every 3000 years or so. This is all extrapolated from studying Sumerian artifacts, culture and myth. What the Sumerians called "gods" were supposedly these aliens. There's lots of other fun stuff here like Nephilim being the offspring of these aliens and human women. Apparently they liked getting their freak on with human females.

It should also be noted that I believe that these are likely the same entities that are documented in the movie The 4th Kind. The entity speaking at the end of the movie is even speaking in Sumerian and refers to himself as "our gods."

The Gold:
So, according to Sitchen, these Anunnaki were raiding other planets for resources, especially earth. Their technology required gold and apparently a lot of it. Sitchen theorized that it was to pulverize the gold and put it into their atmosphere to help them with with the long elliptical orbits in space, I have another theory but we'll get into that momentarily.

So they needed the gold, but these lazy bitches didn't want to do the manual work to mine it... SO, they used their advanced technology to cross native earth species with their own and essentially created Man as a slave labor force for mining. There's a LOT of other stuff Sitchen says (and backs up with evidence) about the Anunnaki, but it's not relevant for the moment.

Ormus is thought to be the platinum group elements in a new state of matter or at least in mono-atomic or small clusters of atoms. One of the primary elements is gold. Indeed you can take pure gold and MAKE ormus.

Ormus also has strong biblical ties and goes back at LEAST to ancient Egypt. If it goes back that for I'm going to guess it was something that likely survived from Summer as well. Sumerian culture is the oldest culture we know about. It's literally the seat of civilization.

There's some pretty compelling links between what's called Manna in the bible to the powdered form of Ormus. David Hudson gets into this stuff in his research. I certainly don't agree with everything Hudson has to say, but so long as you don't throw the baby out with the bath water you'll see some remarkable similarities between modern ormus and biblical manna AND what the Egyptians called the Semen of the Gods which they made into something called the Bread of Life, essentially an ormus cake.

Gold is almost useless to ancient man other than as a decoration. In modern technology it's only useful for it's electromagnetic properties. I suspect it's those same electro-magnetic properties that produce the same effects once ingested. It's fairly apparent that the Egyptians made ormus in large quantities and it was controlled by the priesthood. Large quantities have been found in temples. Sitchen assumed that we valued gold after the anunnaki left on their last rotation because it was the anunnaki valued, but what if we valued it for the same reason they did?

What if the Annunaki weren't after the gold for the reason Sitchen thought? What if they were eating it? Given it's benefits I wonder if that wasn't what they were really using it for and why they needed it. Since were were heavily based on their genetic structure according to Sitchen's work then it makes sense that the effects it has on us is likely very similar to the effects it had on them. In fact, it may have been MUCH more potent for them.

And it's VERY potent for us. I just had a friend of mine completely cure himself of a very serious illness using ormus. If t's that potent for us... what in the hell did it do for them?

What if they WERE after our lucky charms?

If you are interested in trying ormus for yourself I make it available for purchase through Blue Rose Alchemy. If you want to make it yourself check out the blog post on that site here.

Merddyn - And I took the one less traveled by And that has made all the difference
Posted by James S. at 10:20 AM